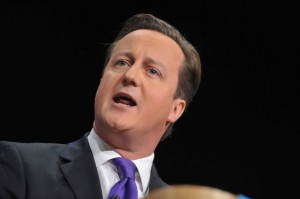 David Cameron has insisted that he remains firmly committed to building a new North-South rail line – despite growing criticism of the project, which is expected to create thousands of West Midlands jobs.

Ministers and the rail industry insist a new network is needed because existing rail lines are running out of capacity, and a study by KPMG found the network would create 50,000 jobs in the region.

But there has been criticism of the estimated £50.1 billion cost, which includes £16.1 billion in contingency funding and £5.8 billion for new trains.

Ed Balls, the Shadow Chancellor, suggested at Labour’s conference last week that Labour might prefer to spend the money on other things.

But Mr Cameron said there was no change in his commitment to building the line, which will include a new station in Birmingham city centre and a second near Birmingham Airport.

He was speaking in Downing Street in the run-up to the Conservative conference in Manchester, beginning this weekend.

He said: “On HS2, the new North-South railway line, we will be making the case very strongly for it.